Hello to the Secret community! This is Guy Zyskind, CEO of SCRT Labs - formerly Enigma. Today's exciting news marks an important new chapter in our long history - and it's a story that is only just beginning.

Years ago, as a graduate student starting his research work, I became fascinated with building a blockchain with smart contract capabilities, that does not only solve for correctness, but also for privacy. Ethereum was still in alpha back then, unproven and unclear if it will ever succeed, but it had already gathered a lot of interest around becoming a new, open ‘world computer.'

While I was sold on the vision, I was skeptical about the execution. Blockchains are inherently public, and a world computer that is open to everyone will quickly become limited to niche use-cases unless it can also protect data privacy. That realization changed my professional course forever, led me to write the most cited papers on blockchain and privacy, and eventually to start Enigma as the company executing this vision.

As many of you know, Enigma has had its ups and downs over the years, but not only did we prevail – we thrived. In early 2020, we, together with other community OGs and several high-profile crypto players, launched ‘Enigma Blockchain.’ It quickly became apparent to us that for this nascent network to become bigger than the sum of its parts (including its founding team), we needed to rebrand it into something new that clearly conveyed the value it could provide and the strength of its global ecosystem. The community unilaterally agreed, and following a network-wide governance proposal, Secret Network was born.

Since then, Secret has grown into a wide-reaching, thriving ecosystem that has surpassed all of my initial expectations. It is still the only Layer 1 chain to integrate native privacy for generalizable smart contracts on mainnet. This was made possible by Enigma’s core technical contributions and the hard work of the many developers, validators, and community members who share our vision of universal Web3 privacy. More importantly, it’s clear that Secret is only at the very beginning of its growth phase, and likely soon everyone from the crypto industry (and potentially one day – everyone outside of it) will be aware of what Secret Network is and what it does.

Enigma pioneered the notion of a blockchain with programmable privacy. But, like the network itself, we are ready to evolve and rebrand to match the growth and strength of our ecosystem. After months of conceptualizing this evolution, we’re ready to reveal Enigma’s new brand!

The recent months have seen tremendous success for Secret Network, with exponential growth in our application layer and on-chain usage. Enigma has remained a strong brand for crypto OGs and privacy enthusiasts, but with the community around Secret growing in orders of magnitude, it’s become clear to us that having an old, static brand like Enigma live alongside Secret’s explosive potential is confusing - and not very effective.

When I describe Enigma’s role in the Secret ecosystem to people outside of it, I explain to them that we try to function much like Terraform Labs for Terra/Luna, or like AVA Labs for Avalanche. In both of these examples, no explanation is necessary – the relationship is straightforward. Our primary goal with the rebrand is to achieve this level of simplicity and establish a clear link between our ongoing development efforts and our unwavering support of Secret Network. We believe this would help newcomers to the network to better understand our position and motivation, and it will also make internal functions like business development and marketing much more straightforward and seamless.

There are other reasons for the rebranding. Enigma, while a great name (at least in my opinion – I chose it, after all), is too generic for our purposes. When the network’s brand was associated with it, it was an easier call to keep it, but without that backing, it simply did not make sense anymore.

Another major reason that not many people are aware of is that Enigma (the development company) is not where the real development occurs, and its operations have been reduced to a minimum. Since about 2019, our core development and product team (myself included) are incorporated under a different company called Gamma. Therefore, using the Enigma brand has become a historical relic, and one that does not hold much future value.

Finally, many people still associate Enigma with $ENG – a defunct token that we do not support nor invest development effort in anymore. It rightfully adds to the confusion when we try to frame ourselves as the driving force and the founding core development team behind Secret Network. We are all team $SCRT, and that should be apparent to anyone.

I’m excited for the path forward. SCRT Labs is a testament to our long-term commitment to the network, and with the dozens of applications currently being built on the network, and $SCRT breaking into the top 100, now is clearly the right time to solidify the relationship between the network’s founding core development team and the community. 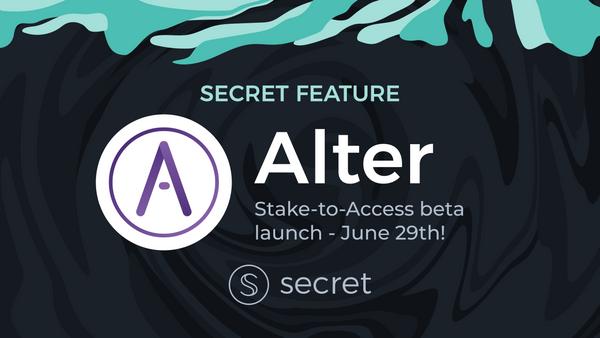 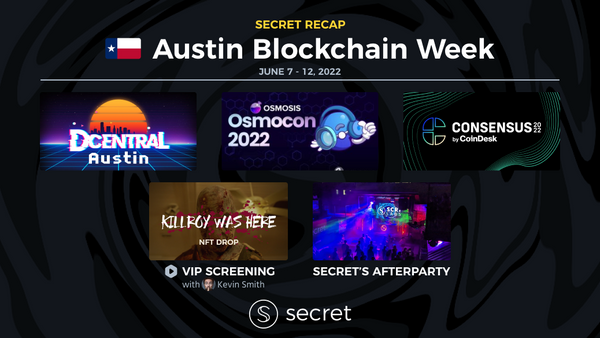 Secret took over DCENTRAL, enjoyed a special VIP session with legend Kevin Smith, held a Secret party to remember, attended Consensus, and much more from Austin! 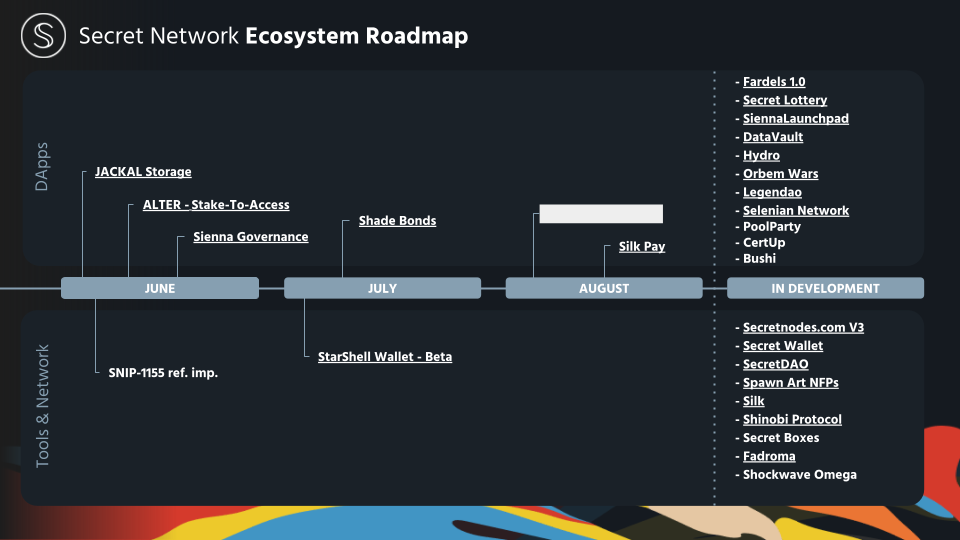