Our first Secret Summit (held on December 15, 2022) is officially in the books and was a smashing success! Whether you're interested in Cosmos, privacy, or DeFi, Secret Summit had something for every attendee. The best part? We recorded everything in case you missed Secret Summit or want to rewatch your favorite parts! Keep reading for a full recap of the information-packed event.

"There are many aspects we're going to integrate into Secret, but it also expands into other things like moving from a single-chain model to potentially a constellation chain model where all [chains] are interconnected."

Based on the alpha Guy revealed, it looks like Secret 2.0 will be game-changing! He predicted Secret 2.0's impact and addressed community feedback SCRT Labs will help incorporate into Secret's next evolution.

"We internalized all of the main lessons that we learned at Secret about tokenomics, about what worked with Secret 1.0, and we came up with a plan that I think is much more effective going forward."

Keep your eyes peeled for the Secret 2.0 whitepaper, coming soon...

After Guy's keynote, we jumped into several panels. First up, Tor moderated a discussion exploring the state of the Cosmos ecosystem, and he had some heavy hitters join him!

We've come a long way from Cosmos being just an idea. Now the ecosystem is full of activity. The panel explored Cosmos' progress, the attitudes toward interoperability, and where the panelists see interchain development heading.

After the Cosmos panel, Guy took over moderator duties for a lively debate about digital privacy, decentralized identity solutions, and the role Secret's privacy-preserving technology can play.

To this point in history, all on-chain data has been forced to be completely transparent, but Secret's emphasis on privacy allows us to address this long-ignored issue. With privacy now rising to the forefront of the Web3 conversation, it's time to talk about how we could build a better online future.

After we wrapped up our privacy panel, Shade Protocol's Carter Woetzel led a discussion about the year in DeFi, new products, and the hazards of DeFi without privacy. Panelists noted that Secret was uniquely positioned to provide the privacy we need for reliable and private on-chain finance.

Next we got the latest SCRT Labs alpha from Itzik Grossman, covering Shockwave, node upgrades, and Secret 2.0 progress. Itzik dove into the recent Layer 1 improvements, plus what we can expect to see in the near future. Now that our Shockwave upgrade series is complete and we're fully connected to the Cosmos, who knows what awesome dApps will be created and combined!

Secret Summit's second half focused on happenings around Secret Network and our community. We highlighted over an hour of Secret dApp videos, followed by the Secret Agency and Secret University community updates.

The Secret Agency highlighted its vast accomplishments in less than half a year of operation and talked about its community plans going forward.

After the Secret Summit, we shared a MASSIVE ecosystem roadmap outlining plans and goals for both the protocol and application layers. The Secret community is building. Check out the ecosystem roadmap graphic for a full update on what's happening with Secret Network and its dApps!

Thank you to everyone who participated and attended Secret Summit. We couldn't have done it without you, and we can't wait to see you back for the second Secret Summit!

What's Next for Secret?

Inspired by Itzik's update? If you're a developer interested in building your own Secret Apps, head to Secret University or check out our developer resources and learn how to get funding to support your projects!

If you're anyone passionate about ensuring Web3 users has the data privacy protections they need and deserve, become a Secret Agent! Our mission is to make sure the decentralized web we're building genuinely empowers - and is accessible to all. From awareness and education to international growth and university relations, there are many ways to help expand the Secret ecosystem and the global availability of privacy technologies in Web3.

Check out the Secret Agents program and join one of the best and most committed communities in the blockchain space! 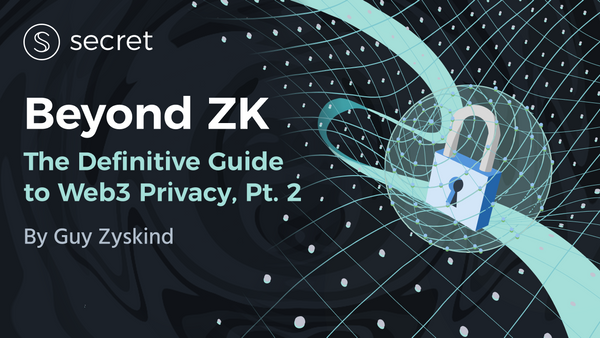 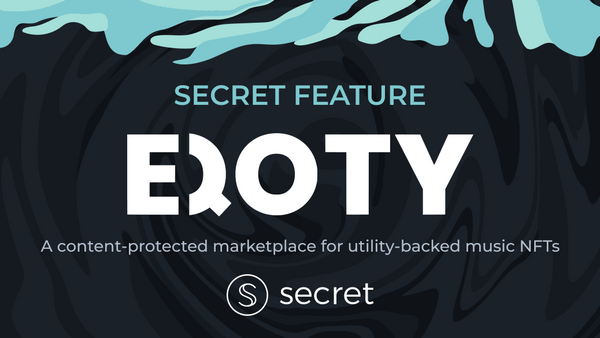 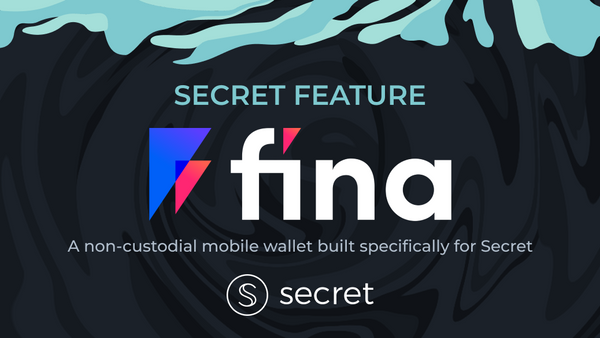